Albert Troiani immigrated to Canada from L’Aquila Italy in 1952.  He quickly accepted a position with National Grocers (Loblaws) - a Food Distributor located in Sarnia, Ontario.  In a matter of weeks Albert soon became manager of the produce division in the company.  He continued managing for the next twenty years overlooking all aspects of the produce distribution.  The company centralized and moved to Chatham in 1972 closing its Sarnia operation.  Albert continued in the produce industry accepting employment with Garden Produce (a new produce wholesaler in Sarnia).  He managed the produce business for the next three years developing a solid relationship with previous customers. Having worked in the produce field for over 23 years, Albert Troiani decided to venture on his own and opened “Sarnia Produce” in 1976.

With his wife (Yolanda) and two sons by his side, the new company was formed and became an instant success thanks to Albert’s dedication and commitment to his family and produce business. Albert taught his family well – they learned about his passion in the produce industry and what it takes to deliver exceptional customer service over time. They also learned how to run an entrepreneurial enterprise and how to make it grow through continuous improvement.  He worked tirelessly, starting at a modest location in Point Edward that was quickly outgrown thanks to a strong and loyal customer base. In 1985, Sarnia Produce built a new 10.000 square foot warehouse where it resides today. Albert Troiani passed away in 2017 after working 65 years in the produce industry. His sons carry on the family tradition today with the same values, work ethic and integrity that was taught to them by their parents.

Freshness is Our Tradition

Throughout the years Sarnia Produce has become the leading supplier of Fresh Fruit and Vegetables in the Lambton County area.  The company services numerous restaurants, stores, institutions, franchises, casinos and other related businesses in the area. It has achieved a customer base of over 400 accounts with more being added yearly.  The company retains its family tradition overlooking all daily operations of the business.  It constantly strives for total customer satisfaction concentrating on quality and service.

We would like to take this opportunity to thank all customers for their patronage throughout the years.  We hope to retain your support for many years to come and by working together we can all grow and prosper!

"Sarnia Produce Over 42 Years in Business For a Reason!" 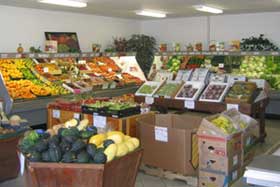 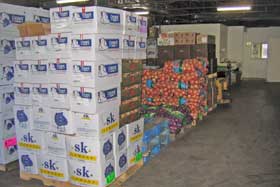 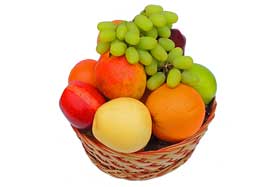